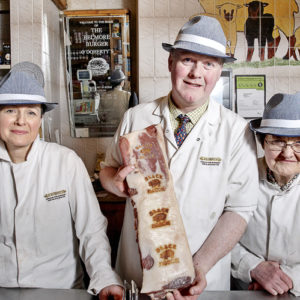 What do they do?

Founded in 1957, O’Doherty’s Fine Meats operates a retail butchery business and an EU approved processing plant in Enniskillen. As well as Fermanagh Black Bacon, O’Doherty’s has won acclaim for its development of Fermanagh Corned Beef from an ancient recipe, his beef burgers and Black Pudding. O’Doherty recently created the Wild Atlantic Way Black Pudding with ingredients including Fermanagh Black Bacon, three different varieties of edible seaweed harvested from the Atlantic coastline and other traditional ingredients including Irish oats and herbs.

Why do we love them?

A family business run by creative Northern Irish butcher Pat O’Doherty, it is among the most innovative butchery businesses in Northern Ireland with a track record of success in major food competitions in Britain. O’Doherty is the driving force behind the annual Black Pudding Festival – now entering its fifth year – that’s held around Enniskillen every autumn and is supported by chefs and restaurants throughout the area. The event, unique on the island of Ireland, attracts puddings from many parts of the world and also features a competition for enthusiasts with their own recipes and foods made using the product. 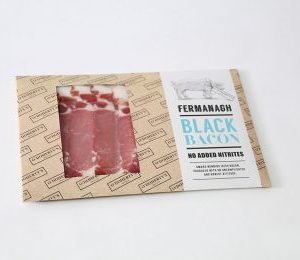 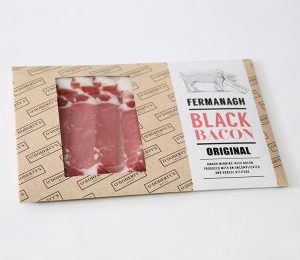