St Patrick’s Day has long been a global celebration of all things Irish. With goodwill to the island being at an all time high on this particular day. But what is the story behind St. Patrick? Where did he go? And if he was here now, what Irish cheese would he have enjoyed along the way… 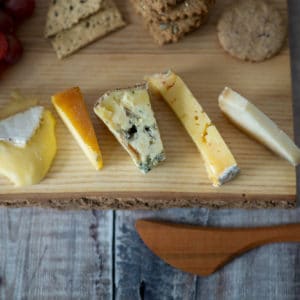 St Patrick’s Day has long been a global celebration of all things Irish. With goodwill towards the island being at an all time high on this particular day. But what is the story behind St. Patrick? Where did he go? And if he was here now, what Irish cheese would he have enjoyed along the way…

It can be hard to find two accounts of Saint Patrick’s journey that match – but it’s easy to piece together enough steps to create a tempting and colourful picture of places he may have been. So let’s set out on our journey in the footsteps of Ireland’s national apostle as it takes us through the north, midlands and west before concluding at his resting place, which just happens to be very close to Indie Füde Head Quarters in Comber, Count Down.

Legend dictates that when St Patrick arrived in Ireland in 432 the strong winds brought his boat into Strangford Lough. A gem in the crown of our beautiful County Down. And also the home of one of Northern Ireland’s finest cheese. Mike’s Fancy Cheese, Young Buck. It’s lovingly crafted in Newtownards at the most northern tip of Strangford Lough.

Young Buck has a delicate tropical and salty flavour with peppery spicing towards the blue end. It is made in the Stilton style, but as a younger version – hence its name. The sublime and wonderfully creamy texture is the result of a highly skilled cheese maker combined with a quality material: raw, unpasteurised cows milk. The cows milk is sourced from just down the road, in Clandeboye. Perfect. A very fitting start to Saint Patrick’s Cheese Tour of Ireland.

This one is one of my favourite Patrician mythologies. With heroic ( daft? ) indifference to royalty, Patrick openly resisted the Irish high king. At Easter, Patrick lit the Paschal Fire in direct defiance of the pagan ritual. The fire was observed from the Hill of Tara and the druids told King Laoghaire that unless it was extinguished that same night, it would never be put out.

The King was outraged, but every time he and his druids challenged St. Patrick with their magic they were defeated. And eventually the King and his followers converted to Christianity… St. Erc, who was the only person to pay due homage to St. Patrick during the stand-off, founded a monastery on the Hill of Slane, which can still be seen today.

County Meath is not an area we are spoilt for choice in cheese. However what we do choose to focus on is rather fabulous. Michael Finegan produces award winning cheese from his herd of over 300 goats on his family farm in County Meath. The herd grazes on the lush green grass of Boyne Valley. Milk produced from the herd of goats is used to make Boyne Valley Blue Farmhouse Cheese and Boyne Valley Bán.

Boyne Valley Blue is a semi-hard pasteurised blue-veined goats cheese. It is the only one of its kind made in Ireland and is even rare to find across Europe! A very special part of Saint Patrick’s Cheese Tour of Ireland.

The Rock of Cashel – also known as St Patrick’s Rock – is an ancient royal site of the Kings of Munster and first attained importance as a fortress. According to legend, St. Patrick arrived in Cashel in 432 and baptised King Aengus who became Ireland’s first Christian ruler! Coincidently a fabulous farmhouse cheese from County Tipperary also draws it’s name from the Rock of Cashel. Cashel Blue!

Cashel Blue was first produced in the early 1980s by Louis & Jane Grubb on Beechmount Farm in Co. Tipperary. Nearly forty years on and with numerous awards to its name, Cashel has become one of Ireland’s most well renowned cheeses. Now in the hands of the next generation of the Grubb family Cashel Blue, along with its sheep milk alter ego Crozier Blue, is still made on the same 200 acre family farm where it all started.

County Waterford is in fact somewhere that St Patrick avoided. But it deserves a mention all the same. St Declan, who predated Patrick as an Irish missionary, held powerful sway in Waterford. So it was best St Patrick didn’t annoy him! He let him know he was the main man confirming Declan as bishop of the Deise, but refrained from entering his territory. To avoid a fight perhaps!

Eamonn and Patricia Lonergan have been making their Knockanore smoked cheddar on their farm at Ballyneety, in Waterford since 1987. Not just as long ago as St Patrick times – but a good while ago all the same! Eamonn makes a range of vac-aged cheddar type cheeses using raw cow’s milk from his own herd of 120 pedigree Fresians.

Knockanore cheddar is made on the farm and selected wheels are then cold oak smoked for ten days using a traditional kiln. This traditional smoking process results in a cheese with a natural tasting smoke that isn’t overpowering, setting it apart from more common smoked cheeses which frequently use artificial liquid smoke to achieve their smoky flavour. Yum!

It’s rumoured that St Patrick was particularly fond of Ireland’s west coast. And who would blame him! Strong pilgrim tradition was created when he blessed Connemara. Galway is also particularly blessed when it comes to cheese makers – and Killeen Farmhouse is one of many.

Killeen cheese is a goat’s Gouda produced by Marion Roeleveld in Ballyshrule, Galway, Ireland. After visiting Ireland several years ago, Marion was in love. Not only with the lush countryside and rolling green hills, but also with a man named Haske. Haske was a goat farmer in the village of Killeen and at the time ran a herd of around 40 goats, providing milk to the local creamery. Having been raised on a dairy farm in her native Netherlands, Marion recognised the quality of milk that Ireland’s rich pastures produced.

Marion made the move to Ireland in 2004 and, using the knowledge she had picked up at agricultural school, began making cheese in a style she was familiar with: Gouda. Gouda is traditionally a cow’s milk cheese with goat’s milk often being reserved for soft, fresh cheeses. In this sense Killeen is unique. A beautifully smooth cheese with a slight sweetness to it and floral, nutty notes.

Apparently when Patrick made his way to what is now Armagh city he decided this might be where would hang up his walking shoes. He built his own stone church 445 and proclaimed Armagh Ireland’s holiest place! Probably due to his very presence. He founded the See of Armagh on 455 and became its first bishop. A suitable location for our Saint Patrick!

This single herd, bloomy rind cheese with extra cream is something special. It has a deep, rich flavour balanced with salty, lemony undertones. Triple Rose is a triple cream brie (hence the name) which means that additional cream is added to the milk. No wonder it’s so decadently creamy!

The story goes that when St Patrick was ready to leave this mortal coil, an angel suggested he return to his original landing place, at Saul. Which he obediently obeyed – and passed away in Saul on March 17th, 461. The angel then returned and demanded that Patrick’s body be placed on an ox cart and buried where the oxen stopped. This turned out to be Downpatrick, at a location that is now beside the magnificent Down Cathedral, close to where the St Patrick’s Centre is now located.

And just down the road from Indie Füde Head Quarters in Comber. Perfectly located for those of you following St Patricks Trail to call in and stock up on produce fit for such a saint! And a great way to end to Saint Patrick’s Cheese Tour of Ireland!

Most Recent From The Blog 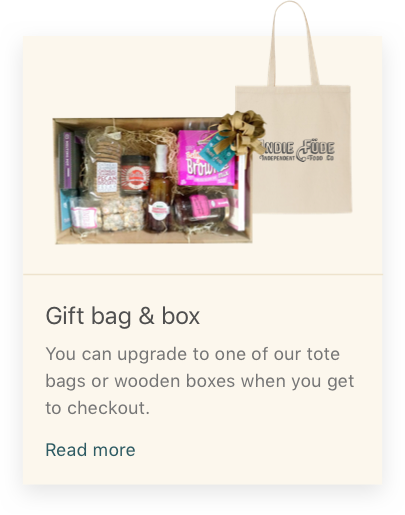 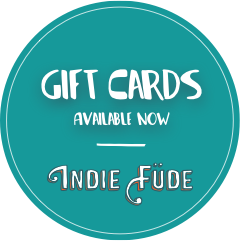